← more from
All Saints Records 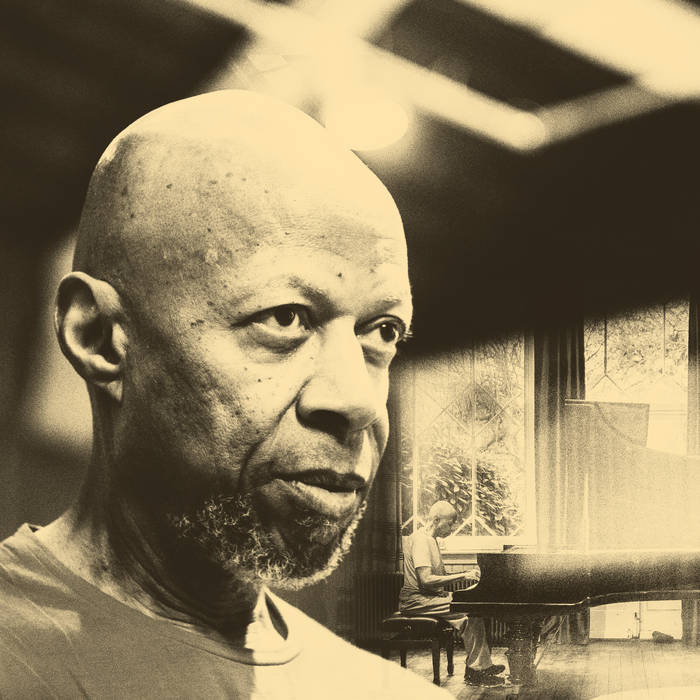 The final part of Laraaji's piano trilogy comes in the form of Through Luminous Eyes. This extended EP presents Laraaji's piano and autoharp duets recorded in the same session that birthed Sun Piano and Moon Piano, in a Brooklyn Church. Laraaji calls this "a four part suite presenting piano and zither together in harmony"

The two preceding releases have been somewhat revelatory for longtime listeners to Laraaji. The stripped back acoustic presentation is quite the contrast to the FX-soaked cosmic epics he is typically known for, although the same spiritual sensibility remains. This final release in the piano trilogy finds the perfect middle ground between the two styles, stereo panned zither shimmer and minimal piano passages blending together in harmony. It's worth noting that Laraaji laid down all the tracks live with no overdubs, playing the electric zither with his right hand and the piano with his left hand, effectively a duet with himself.

A note on the recording - this is essentially a ‘live’ session, tracked inside a working church in a busy part of Brooklyn. Whilst Laraaji was playing, different community groups would pass through to use the church’s facilities, and a number of distinctive city sounds would sometimes penetrate the walls of the church, from police car sirens to the noise of schoolchildren. There are no overdubs, and Laraaji’s spontaneous performance is captured vérité style, with minimum application of artificial techniques to clean up what was captured on the microphones. Please note therefore that whilst chair scrapes, door slams and the breathing of the pianist are all audible, the full dynamic range and authentic spirit of the session are captured on this record. Some of the longer pieces have been edited into shorter sections thanks to careful attention and skilful work by Christian Havins of the band Dallas Acid, who have both collaborated with Laraaji previously and released their own album on All Saints Records.

Laraaji is a musician, mystic and laughter meditation practitioner based in New York City. He began playing music on the streets in the 1970s, improvising experimental jams on a modified autoharp processed through various electronic effects. He has since released albums for a variety of labels, often recording himself at home and selling the results as cassettes during his street performances. ... more

Bandcamp Daily  your guide to the world of Bandcamp

New sounds from Mavi, Ivy Sole & Moderator, plus AJ, the One joins the show, for her latest release